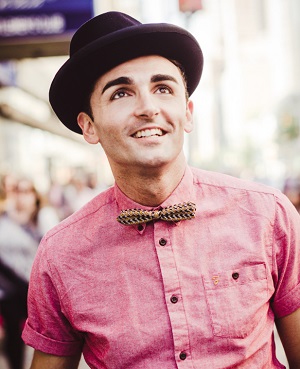 Vincenzo Fesi is a worldwide recognised dancer, teacher and choreographer. As a real globetrotter, he teaches and perform at the most prestigious swing dance events around the world. Cape Town, Melbourne, Paris, Stockholm, Seoul and London are just some of the cities where he is invited as a guest every other weekend.
He was born at Lake Como, but Roma adopted him three years ago. Inspired by the incomparable Fred Astaire, Gene Kelly and Frankie Manning Vincenzo Fesi dances the Lindy Hop, the Balboa, the tap dance and many other jazz styles.
With his dark eyes and skin and his contagious smile, Vincenzo looks like a 1940’s movie star and brings enthusiasm on stage all over the world.

Being more famous abroad than in the Bel Paese, Vincenzo is the Italian star that shines in the lively international swing dance scene.
Vincenzo organizes intensive workshops for beginners and professional dancers alike both in Como and in Roma. He has a specific teaching method that he developed throughout his years of experience in the fields. When he teaches and when he performs, Vincenzo gives off a contagious energy that drives his audience crazy. Since 2006 he organizes one of the most popular events in the world:
Swing Crash Festival alongside Isabella Gregorio. The event takes place every June in Como. Inspired by old movies and newspapers of the golden age of jazz music, they organize an event with several live orchestras and hundreds of dancers that turn the city of Como into a magic place.

Vincenzo was special guest of the TV show Dancing with the Stars; he was the MC for Hermes at the “Vogue Fashion Night Out” in London; he led the main role of the short movie Lago di Seta, directed by Renee George and he was the first one to bring the dance at the 38th edition of the Roma Jazz Festival directing a choreographing project with the Massimo Nunzi’s Orchestra Operaia.
Vincenzo is not only a dancer. He choreographs, sings, presents radio shows and he is also a capable story teller of the history of jazz dance. In 2014 he wrote the preface of the Italian edition of the book “Frankie Manning: ambasciatore dello swing”. 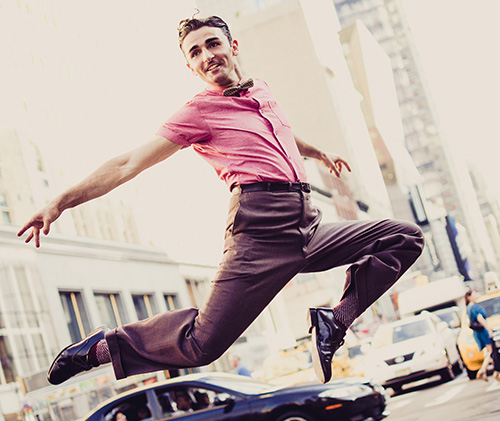 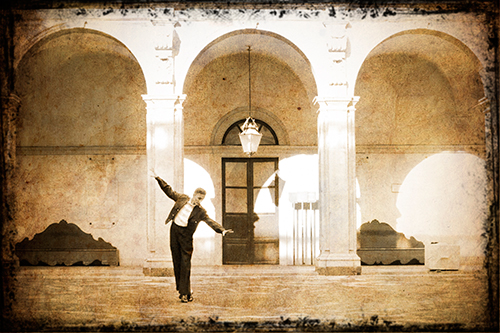